Women in a Man’s World? 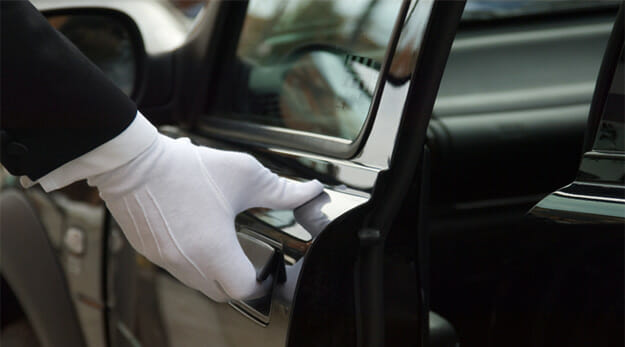 The majority of limousine drivers have traditionally been male. And that is still, for the most part, the stereotype today – when thinking of a limo driver most people automatically picture a man in a classy suit. I found a story that, while highly amusing, illustrates this perfectly:

A Hand for the Stretch Limo Driver

I spent 30 years in the limousine industry alternating between management and driving. Whichever was the lesser of the two evils: tolerating my bosses or the traffic. …

But could the world of chauffeurs be missing something due to the lack of women in the industry?  The following article suggests that in some cases woman may have the personality traits to make better chauffeurs than men:

Limo driving is traditionally a man’s game. A December 2012 article by Tampa-based “Pure Limousines” noted that fewer than five percent of limo drivers in the U.S. are women. The company pointed out that this actually presents an opportunity for women with the right attitude to connect with particular clients who might prefer a female driver. …

Meryl Kelso, limo driver and owner of Dash Limousine and Sedan Service in California, has proven that women can succeed in this primarily male business. You can read her story here:

Meryl Kelso wears many hats as the owner of Dash Limousine and Sedan Service in San Mateo. Reservations, dispatch and billing. Marketing, hiring and training. Even cleaning and maintenance on her small fleet of Lincoln Town Car sedans and one Lincoln Navigator SUV.

Kelso is succeeding so well in her business in part because she is doing what she loves. Her story can serve as inspiration to many – not just to women who may still feel difficulty working in certain male-dominated job situations, but to anyone who has a passion. Her story says, “Don’t give up on your dream.”