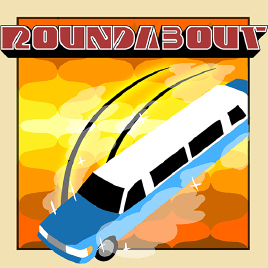 I want you to do something for me. Think of the word limousine, and then make a list of the first few words that pop into your head in relation to that word. Do it right now, before you read further.

Yesterday, if someone had asked me to do a word association with the word limousine, my list would probably have been about the same as yours – prom, wedding, fancy, chauffeur, expensive, and luxury were some of the ones that I came up with. I can pretty much guarantee that video games did not make an appearance on your list, nor would it have on mine yesterday. But that was before I saw this trailer:

Hold the phone. They’re actually making a video game about a limousine? And not just any limousine – a SPINNING limousine. At first glance, this looks to be pretty terrible idea. But if you dig a little deeper and consider the games that influenced it development, it actually looks like it could be pretty fun. If you at least skim this article you should have a better idea of what I mean:

Roundabout: Teasdale on spinning limos and why the ’70s were best
6 days ago … Dan Teasdale made Destroy All Humans!, Rock Band and The Gunstringer; if that weren’t reason enough to pay attention to his new game, the …

According to the above article, and from just looking at the preview, it looks like the game is very similar to the old Sega game Crazy Taxi.

Even if you never play video games it’s quite possible that you’ve still at least heard of this one. It’s the kind of game that’s pretty easy to pick up, and almost anyone can enjoy. The basic premise of the game is that you, the taxi driver, must get your clients to their destinations as quickly as possible, in the least conventional manner. Basically, you earn points by wildly crashing through anything in your way and performing crazy stunts in order to get to your destination as quickly as you can. Hence, the rather self-explanatory name, Crazy Taxi. Having played it a few times, I can say from experience that, as weird as it sounds, it’s actually ridiculously fun. Just don’t let your mom see you playing it if you’re taking driver’s ed.

From the snippets of gameplay in the preview, it looks like Roundabout is of a similar vein – perform ridiculous stunts in a spinning limousine while transporting clients. Despite how weird it sounds, I’m giving it the benefit of the doubt – if Crazy Taxi was that fun, maybe a game about a limo is too. And don’t worry, you can still hire an ACTUAL limo driver when you need one – Camryn Limo’s drivers are not trained by playing Crazy Taxi.