Self-driving cars are probably the most interesting innovation in the automobile industry today. As expected, this innovation has sparked a lot of interest and debate. Some people support the idea and others express a lot of concern about it.

So what makes them so special? Simply put, self-driving cars are auto-controlled, eliminating the need for a human driver. As expected, there’s a lot of research going on in this particular area of interest, and many stakeholders involved. The following post gives us an idea of the U.S. Government’s stance:

U.S. Secretary of Transportation Anthony Foxx boiled it all down to this: “The self-driving car raises more possibilities and more questions than perhaps any other transportation innovation under present discussion. That is as it should be. Possessing the potential to uproot personal mobility as we know it, to make it safer and even more ubiquitous than conventional automobiles and perhaps even more efficient, self-driving cars have become the archetype of our future transportation.”

There’s a lot more, and you can download the whole document here but the take-away you care about is that the government recognizes that fully self-driving cars are coming, and it’s time to decide how they’re going to work, not whether they’re going to be allowed. Read more at Digital Trends… 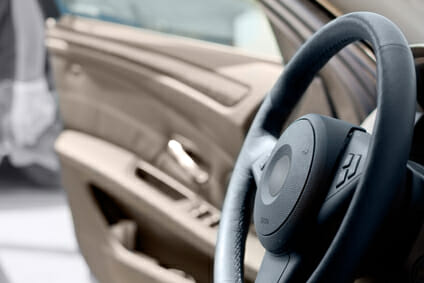 A car that drives itself is an exciting prospect, but safety is at the top of most people’s concerns, and rightly so. Specific concerns have come up about the state of self-driving cars and their reliability. As such, despite the excitement in the industry, the innovation still has a long way to go, as the following post reveals:

Aware of the conventional wisdom that robotic cars are about to cause an epochal “disruption,” automakers are eager to demonstrate that they are fully engaged. A result has been a drumbeat of announcements auguring the imminent arrival of robotic cars, almost as though they were the next generation of iPhones. The breathless statements are especially beguiling for members of the public without the engineering background required to understand the challenges that remain. In other words, most people.

Volvo, for example, recently announced a program called “Drive Me London,” which in two years will put 100 self-driving cars on the road in what it says will be the “U.K.’s most ambitious autonomous driving trial.” Envisioning myself being driven around Trafalgar Square by a robot, I called up the company for more information. It turns out the news release didn’t quite tell the whole story. I was told that all the autonomous driving will initially be limited to England’s major motorways; everywhere else, the steering must still be done manually, including within London proper. Read more at NY Times…

At the moment, these cars still need human engagement, especially when maneuvering the busy city streets. However, a lot of progress has been made, and some of the features designed for self-driving cars are now being introduced into modern ‘conventional’ vehicles. 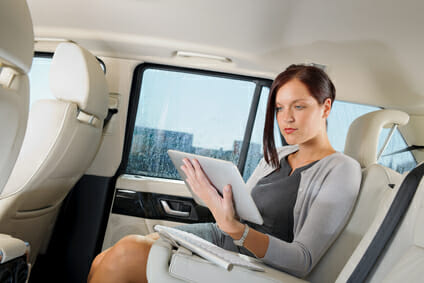 A good example is the new Mercedes Benz E Class, which has even been mistaken for a self-driving car. The following post clarifies the new car and its features:

Let me clarify that the systems on the new E-Class are driver assistance systems. This means they can help steer the car, keep it in a lane, automatically brake for obstacles (when it detects them), park itself, etc. These are all reactions to the environment. A self-driving car, or an autonomous car, doesn’t just react using sensors; it should think for itself. It is actually driving the car. The current E-Class does not do that, and thus, isn’t a “self-driving” car.

The Mercedes E-Class is a “Level Two” autonomous system, defined as having “at least two controls can be automated in unison, such as adaptive cruise control in combination with lane keeping” by the NHTSA. Read more at Jalopnik…

Evidently, self-driving cars offer a lot of promise for the future in terms of convenience. As we look forward to that, we still get to enjoy convenient transportation options. Those that allow you to work or just sit back while a professional takes the driver’s seat so you can be sure you will arrive at your destination on time.

Camryn Limousine has a wide range of chauffeured vehicles for hire in Virginia. If you are in Virginia for a business trip or need airport transportation we’ve got you covered. Our company has been ranked the executive transportation and national operator of the year. Call us today!